A note on Descriptor Indexing

Was writing part two of the series on Chunk Stories new rendering tech, but this section was getting out of hand so I just spun it off as it’s own post. Here’s a very technical post intended at Vulkan developpers wondering about VK_EXT_descriptor_indexing

Talking with some folks on rendering-related discords, I had a few conversations about the way I solve the texture binding problem in my engine, and there has been some confusion, notably due to a really crappy naming convention used since OpenGL and unclear terminology in the spec ( those are almost the same problem come to think of it … ). I sort of needs to lay this out flat before I can proceed.

The similarity between these two wildly different things makes it very hard to have an understandable discussion, especially on Discord where the conversation can get very noisy. This is why I propose an alternative naming convention for Array Textures: since those have layers, like onions (and ogres), they should really be called Onion Textures, and is what I’ll be referencing those as from now on. Here’s a summary table:

If you sign my change.org petition I think we can make Khronos update the spec to call these onion textures by summer.

Texture binding is one of these nasty things you need to stay on top of in realtime graphics today. The classical approach is to have a bunch of textures declared as opaque uniform variables and swap them in-between draw calls. Unfortunately even if Vulkan lowers the cost of draw calls dramatically, rendering some scenes with a lot of objects with different textures gets impractical quite fast. Batching object instances that have arbitrary textures becomes a requirement in a lot of cases.

The difference between actual arrays of textures and onion textures is especially important in that context: your shader needs to to select a different texture at runtime, depending on some arbitrary input data that’s not constant. Onion textures on the face of it make it easy, since doing that works out of the box, you just use the z component of the coordinates you’re using to sample them to choose which layer. On the other hand, Vulkan doesn’t even guarantee you can dynamically index into an array of textures at all.

There are two features you can enable that relate to support for using arrays of textures in your shaders. Unfortunately the explanations in the spec are somewhat fuzzy to the average reader, and the meaning of dynamic indexing, dynamically uniform and dynamically non-uniform can be confusing, so here’s another table that tries to explains the question as a series of tiers:

Tier 0 is essentially irrelevant because almost all Vulkan-enabled devices have dynamic uniform indexing of texture arrays. It’s mostly representing older hardware that had no concept of arrays of samplers natively. Stuff like MoltenVK and Swiftshader don’t support them, but that’s more of a work-in-progress issue than an limitation of the underlying hardware.

Tier 1 is where interesting stuff begins, but it ultimately isn’t a great solution: it can help you avoid switching texture descriptors arround by using an index stored in a push constant or an UBO indexed by the baseInstanceIndex, but you are still required to make sure whatever you use as indexes are uniform, and thus the same textures are used accross one draw (including multiple instances of that draw if it’s instanced), and so you can’t batch much with instancing, you can mostly save on swapping descriptors arround. You can however cut pretty well into the number of vkCmdDraw, since each entry in those is considered a seperate draw when it comes to uniformity in shader wavefronts.

Tier 2 is the real deal, the EXT_descriptor_indexing extension gives devices a “non-uniform dynamic descriptor indexing” feature you can use in combination with unsized descriptors (= giant descriptors whose size is runtime dependent). This enables the use case where you make one giant descriptor set with all your texture resources in an unsized array, and then you can use regular integers to index that array, effectively getting non-opaque texture handles like you would have gotten with GL_ARB_bindless_texture, except this time supporting non-uniform access, something you cannot do at all on AMD and Intel in OpenGL, since they don’t expose any extension for that functionality. This is one of the rare cases where Vulkan has an actual exclusive feature!

I point you to this presentation on Youtube for more details on the VK_ext_descriptor_indexing extension and how it works. I will be relying on that tier of support with the Vulkan backend for Chunk Stories, and will now explain the rationale for why. 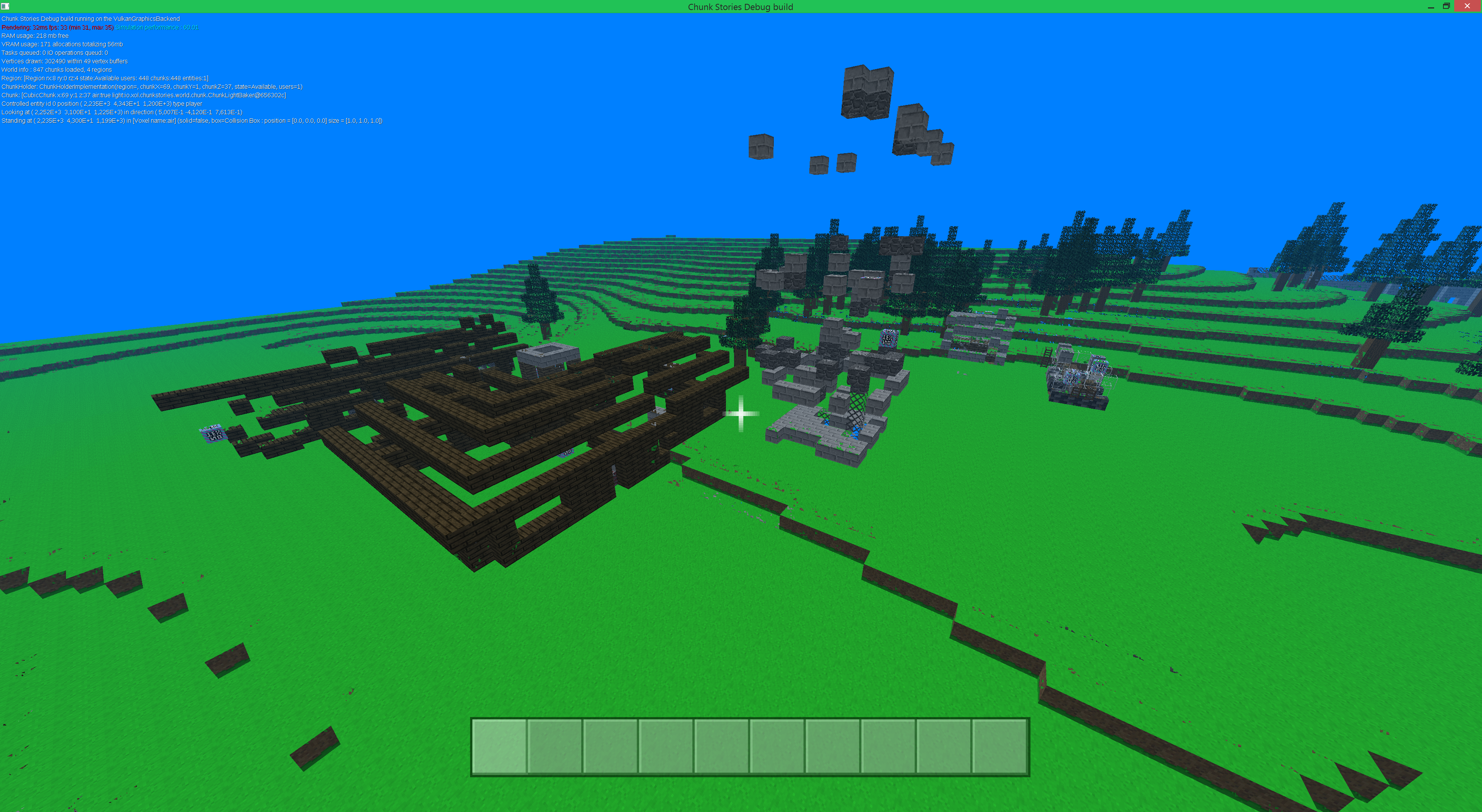 What you get if you try to use non-uniform indexes with Tier 1 support. Disguting.

Why it is still the better solution

I honestly don’t mind most of these caveats ( Renderdoc not supporting hurts my feelings more than anything else because I didn’t want to do a fallback mode ), because I see the alternatives as being way worse overall. In particular people have asked me a lot why not just use onion textures. Here’s why not:

And all these often-proposed hacks are horrible:

Only (sort of) works for your “normal” 2D textures

This note might make it sound like I hate onion textures. That’s not really my point, it’s an older and technically inferior solution to the old problem of batching multiple objects with arbitrary different textures. There was a time where texture atlases was all we could do, and at that time I would have been a huge advocate to using those for everything. The point is that it’s the best, most flexible, one-size-fits-all solution to the texture binding problem.

My intent with Chunk Stories tech is to give it the best possible (flexibility / simplicity) ratio, even if I have to pay a small price at runtime. You can see that in the choice of using the JVM instead of a native language, the choice of data structures or the few amount of dependencies and frameworks used. Chunk Stories has different design goals than IdTech 6, and this is something that’s sadly sometimes hard to get accross. 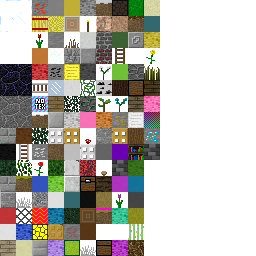 This was never fun to deal with. At least it’s easy to visualize !

In the context of this project, it makes sense to not support mediocre GPUs that barely got Vulkan support at all and to deal with the freshness of the descriptor indexing extension because of how damn simple it makes handling texture binds in the engine. Bindless is one of these features that sounded like the future in OpenGL, and I’m sort of disappointed Vulkan couldn’t make that a core feature (and shocked it took them so long to properly re-introduce the same functionality, VK_EXT_descriptor_indexing is from 2018 !). All in all I’m pretty happy about the situation though, I knew from the start I was going to have to cut off a lot of old but still quite good hardware with Vulkan anyway (pre-gcn AMD cards still have some life into them, and so does Fermi cards from Nvidia), and the additional limitations don’t really change that picture. Addressing that hardware left behind is something that would and will be more appropriate in a seperate legacy OpenGL backend anyway !